In the fall I will be teaching Pauline Literature and Theology at the undergraduate level. In order to prepare for this semester, I re-read some texts that I have found valuable in the past, but also a few new books on Paul and his theology. Pauline studies have taken on new life in the last twenty years, primarily due to the rise of New Perspective on Paul. In two recent popular level books on Paul from Zondervan, the New Perspective is not far from the surface. In Four Views on the Apostle Paul (edited by Michael Bird, 2012), Douglas Campbell represents what he calls a “post-New Perspective” on Paul, although in that particular book he is the scholar who most resonates with this view of Paul and his theology. In Four Views on The Role of Words at the Final Judgment (edited by Alan Stanley, 2013), James Dunn represents a “New Perspective” view of works, but Thomas Schreiner must deal with that view in his presentation of the traditional reformed view. 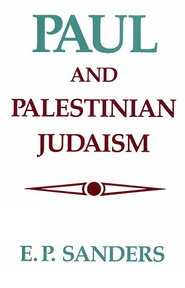 In fact, it is hard to imagine a work on Paul’s theology which does not address the so-called “New Perspective on Paul” (NPP). Since Ed Sanders published Paul and Palestinian Judaism in 1979, a landslide of books have been published developing and modifying his ideas. The 2010 meeting of the Evangelical Society was almost entirely devoted to a discussion of the New Perspective, especially as expressed in the writings of N. T. Wright. I heard papers decrying the New Perspective as an attack on the assured results of the Reformation (one paper concluded with a lengthy quite of the Westminster Confession, as if that somehow proved the point being argued!) I have also heard papers from Wright Fan-Boys taking his ideas as if he has somehow become the Pope of Evangelicalism.

Usually these sorts of scholarly arguments are confined to the Academy. Several factors have dragged the New Perspective out of the University or Seminary classroom and into the popular media. First, the growing popularity of N. T. Wright over the last ten years has brought these ideas to the public’s attention. Wright has attempted to communicate at the popular level both in print and in his many speaking engagements every year. Second, since Wright is perceived as a representative of the New Perspective, he has come under fire from advocates of the traditional view of Paul’s theology. This too has taken place in more popular media than most academic debates. John Piper wrote a popular book which sought to correct Wright, although he more or less defends the traditional view of justification by faith. Wright responded with a book intended for laymen, Justification. Third, in the last seven years the phenomenon of “the Blog” has propelled otherwise arcane theological debates into the public eye. Bloggers do not have the same level of accountability as a major publisher and are far more likely to describe Wright as an arch-heretic bent on destroying God-Ordained Reformation Churches.

This sort of thing is picked up by pastors and teachers in local churches and trickles down to congregations. As a faculty member teaching in a conservative institution I am regularly asked what I think of Wright’s books. Rarely does the person asking the question know who James Dunn is, and they never have any idea who E. P. Sanders is nor do they have any real familiarity with the main issues in this debate.

That is the purpose of revising this series on Reading Acts. The New Perspective is not a dangerous idea which will destroy the heart of Christianity, although it will force a reconsideration of some of the assumptions of the Protestant Reformation. This is not to say it will turn Protestants into Catholics. As Wright frequently says, all he is trying to do is to continue the reformation by being faithful to Scripture and accurately describing Paul’s theology. Of course, that is what advocates of the traditional formulation are doing too.

Yes, This is Fake

I find the reactions to Sanders, Dunn and Wright somewhat bewildering, mostly because I do not work within a context of a Protestant Reformed denomination. I have always resonated with a more Calvinist view of salvation, but I am not bound by a commitment to a confession nor do I have a strong affinity for Luther and the reformation, although that is probably because my tradition moved beyond the reformation in Eschatology and Ecclesiology. I agree with Wright that there is nothing wrong with “reforming the Reformation,” Calvin and Luther would want the discussion of Pauline theology to continue and make use of all of the evidence available today.

Because this is an important issue, I am going to devote five or six postings to the New Perspective in anticipation of my Pauline Theology and Literature class I will be teaching this fall. Here is my plan for this series, although I might add one or two more topics before I am finished. Feel free to suggest a potential topic for the series.

I will admit that this is a brief overview. Each of the topics ought to be a chapter of a book (they probably will be, eventually!) I am confessing up front that this series is woefully inadequate for a full understanding of the topics. For this reason I will provide a list of other resources for each post “for further study.” My goal is to provide a brief orientation to the New Perspective on Paul so that a student may read other works on the New Perspective with some context.

11 thoughts on “The New Perspective on Paul: An Introduction”