In Matthew 8:10-12 Jesus draws a contrast between the “sons of the kingdom” who will not participate in the eschatological feast and those who will. The ones who do recline at the table with Abraham are “many from the east and the west.” Just who the many who enter the banquet and sit at the head table in the eschatological banquet has been a matter of discussion in recent scholarship. 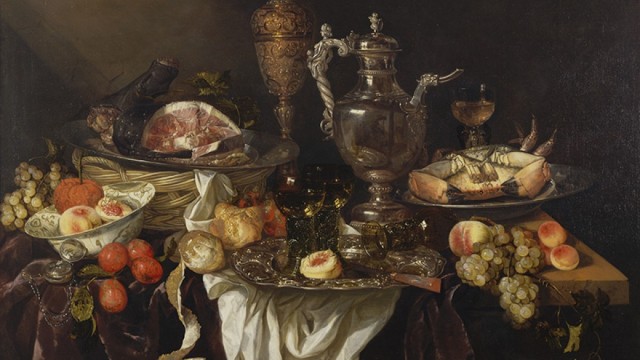 Since Jeremias, the majority opinion is that the included “many” are believing Gentiles and that the excluded “sons of the kingdom” are unbelieving Jews (Jesus’ Promise to the Nations, 51). Jeremias gives five features of Jesus’ view of the eschatological pilgrimage of the Gentiles (57-60). First, God reveals himself to all humanity (Isa 2:2; 40:5). Second, God calls everyone to Zion (Isa 45:20–22). Third, the journey of the Gentiles to Zion, from Egypt and Assyria (Isa 2:3, 19:23). Fourth, the nations will worship at the “world–sanctuary” (Isa 56:7, 66:18). Last of all is the messianic banquet on the world–mountain (Isa 25:6–8). Matthew 8:11 is, for Jeremias, an interpretation of Malachi 1:11 highlighting the in–gathering of the Gentiles (62).

Psalms of Solomon 11.1–4 Sound in Zion the signal trumpet of the sanctuary; announce in Jerusalem the voice of one bringing good news, for God has been merciful to Israel in watching over them. 2 Stand on a high place, Jerusalem, and look at your children, from the east and the west assembled together by the Lord. 3 From the north they come in the joy of their God; from far distant islands God has assembled them. 4 He flattened high mountains into level ground for them; the hills fled at their coming.

The Zion is to clothe herself with garments of glory (PsSol 11:7, cf. Isa 52:1) because the way through the wilderness has been prepared by leveling the path and turning the desert into paradise (PsSol 11:4–5, cf. Isa 40:4, 41:17–18). This pilgrimage only concerns Jews scattered throughout the world as they return to Zion and Jerusalem.

Allison also argues that even if there is an allusion to an eschatological pilgrimage of the nations to Zion in Matthew 8:11, it cannot be assumed that the original hearers would have thought of this pilgrimage as universal salvation of Gentiles (163). Allison cites several Second Temple Period texts which show that the Gentile pilgrimage in the future will be one of judgment, not salvation. As early as Ezekiel 39 the nations come to Israel, but instead of finding salvation at an eschatological banquet, they are utterly destroyed and become the food for the banquet (Ezek 39:17–20).

Allison is correct that at least some streams of Second Temple Period Judaism did not envision a future conversion of the nations, but rather their destruction. The source for this diversity is the ambiguity is the foundation eschatological banquet text, Isa 25:6–8. In fact, this is the only text in the Hebrew Bible which may connect the pilgrimage of the nations to Zion with the messianic feast. In every other text, the nations travel to Zion to pay homage to the God of Israel, but the feast is celebrated only by Israel. Allison concludes that Jesus would not have turned the metaphor of the messianic banquet upside down by replacing Israel with the Gentiles. Rather, he was indicating that the Jews who thought they ought to be sharing in the messianic banquet will be replaced by other Jewish guests, perhaps even those from the Diaspora (165).

While agreeing with many of Allison’s points, Michael Bird nevertheless maintains that the consensus view is essentially correct (“Who Comes from the East and the West?,” 441–57). Bird points out the book of Isaiah has both a “pilgrimage of the Gentiles” (Isa 2:2–4) and an eschatological banquet (Isa 25:6–8). Allison does not think Jesus’ audience would have read the two texts together since there is no pilgrimage and conversion of the nations in the eschatological feast.

Following Craig Keener, Bird points out that Jesus and other Second Temple Period thinkers frequently read Isaiah synthetically. “Even if he drew on only a single text, [Jesus] understanding of that text would be informed by the others” (Keener, The Gospel of Matthew, 270, n.26). Similarly, Warren Carter is convinced Allison is correct about inclusion of the Diaspora but does not see this as a non–inclusion of the Gentiles (Matthew and the Margins, 203). The context of Matthew 8:8–10 is the compelling factor for Carter. Matthew has placed this saying into a context which highlights Gentile conversion.

If it was only Matthew inserting the saying into the story of the healing of the centurion’s servant, then perhaps Bird and Carter have a valid point. But the literary unit of Matthew 8–9 should be considered as a whole. This section is a series of miracles and conflict stories between two teaching sections (Matt 5–7 and 10).  In this larger section Jesus comes into contact with various outsiders: a leper, the demon–possessed, tax collectors, the blind and lame, as well as a Gentile. The faith of the Gentile centurion stands as part of a series of events which demonstrate that Jesus extends mercy to the outsiders.

In fact, there is nothing in Matthew 8:5–13 which anticipates the Gentile mission which would have been the case when Matthew finally wrote his Gospel. If Matthew were creating a story to show that Jesus was extending salvation to the Gentiles, then Jesus should have shared a meal with the Gentile as he did the (Jewish) tax–collectors and other sinners in Matt 9:9–13. That the centurion knows it is not lawful for Jesus to enter his home may imply that this man was a God–fearing Gentile not unlike Cornelius (Acts 10:28). Luke describes the Centurion as a patron of the Synagogue at Capernaum (Luke 7:4–5).

When read within the context of Matthew’s gospel, this saying about an eschatological banquet does not so much refer to geographical Diaspora Jews, but rather a sociological Diaspora. An additional factor is the placement of the saying in Luke 13:29, where there is no hint of Gentile salvation in Luke. In fact, read within the context of Luke–Acts, the “many from the east and west” are in fact Diaspora Jews gathered at Pentecost who hear the preaching of the Apostles and receive the Holy Spirit.

In summary, this saying is an explicit reference to the eschatological banquet. But Jesus expands the banquet to include people on the fringes of the Jewish life. The saying is less about a future banquet than Jesus’s ongoing ministry of table fellowship. Only a chapter later, many do in fact come to sit with Jesus and celebrate with him as a bridegroom (Matt 9:9–13).