There are many examples of people who seem to have started the Christian faith well, but seem to have deviated from the course at some point. In the context of 1 Timothy, these would be the opponents who are troubling Paul’s churches. They stared well, but they have not competed well and are in danger of not finishing the race. When Jesus appears, they face ruin (6:10).

But this collapse of faith is not what Paul expects from Timothy. In the conclusion to 1 Timothy, Paul uses a few sports metaphors to encourage Timothy to continue with endurance to the end of the race and receive the prize to which he was called. Timothy started well by making a public confession of faith, and he has been faithful to that confession as he carried out the ministry to which God had called him. But Paul wants him to also look forward to the appearing of our Lord Jesus Christ, when he will finally “finish the race.” 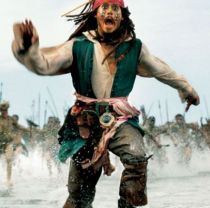 Timothy is told to flee from the sorts of evil Paul described in the previous few verses and to pursue virtues that are reminiscent of the Fruit of the Spirit. “Fleeing evil” and “pursuing righteousness” is common in the Hebrew Bible. Both are very active metaphors, implying that there are things which can hinder reaching a goal. Flee and pursue are common in both Plato and Aristotle, but Paul reflects several Jewish texts (Flee, Sirach 21:2; Tobit 4:21, and 2 Tim 2:22, flee youthful passions; Pursue Prov 15:19, T.Reub 5:5).

Righteousness (δικαιοσύνη) is one of the most important terms in Paul, in the context of a series of descriptions of ethical expectations Paul probably has “moral uprightness” in mind. To “pursue righteousness” appears in Deut 16:20 and Prov 15:9 (cf., Sir 27:8, but also Herodotus 1.96.2). The righteous person on Judaism was the person who was faithful to the covenant in tangible ways, they doing acts of righteousness.

Godliness (εὐσέβεια) is a very general term which has been used often in the Pastoral letters. Like righteousness, godliness refers to observable responses to God.

Faith (πίστις) and love (ἀγάπη) often appear as a pair in Paul’s letters (1 Tim 1:5, for example). Faith/faithfulness refers to being consistent, keeping one’s promises and commitments. Perhaps the combination of the two terms is more or less the Hebrew idea of hesed, covenant faithfulness. This would be important in the context of Paul calling Timothy to recall the commitments he made when he first began his ministry.

Steadfastness or endurance (ὑπομονή) is occasionally added to faith and love (1 Cor 13:3), the word highlights the sort of attitude one must have in order to complete a task. It is one thing to begin strong, but the one who endures also finishes strong. Again, this is particularly appropriate if Paul is reminding Timothy of his initial commitments.

Gentleness (πραϋπαθία) is rare word in the New Testament although it is related to other words which have the same sense of meaning (πραΰτης is used in Gal 5:23). The word refers to courtesy and humility. In 2 Tim 2:25 Timothy is told to gently correct opponents, and in Gal 6:1 the believer is to gently help another with their burdens. “a willingness to waive an undoubted right” (Martin, Colossians and Philemon, 111).

Like the Fruit of the Spirit in Galatians, Paul sets a very high goal for Timothy. But if he is going to fulfill the commission given to him by God, he has to be a model leader in the Ephesian churches.  Timothy must make sure his character is virtuous and that he is living his life in order to bring honor to the household of God.