Galatians 5:1 is a transition from the scriptural argument in Galatians 3-4 to the final section. In Galatians 5-6 Paul deals with the consequences of legalism. This is a real problem for Paul’s view of the Law. If the believer is free from the Law, what God does require? Is there another law or set of instructions the Gentile believer in Christ must now follow? There appear to be some Christians who want to mark out a series of “dos and dont’s” in order to keep believers from doing things they consider to be sin. Or is it the case that the Christian completely free from all laws and rules? Since Paul says in Romans 6 the Christian cannot “sin that grace may abound,” it seems like there were people who thought they could indulge in all kinds of behavior and still be right with God. 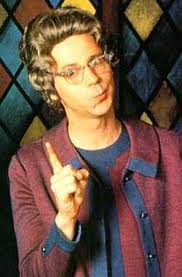 This is a difficult passage because Paul is very personal and emotional. Paul drives his point home using language which is jarring and unexpected. If the Galatians return to the old covenant, Paul says :Christ will be of no advantage to them” and they will put themselves in very real spiritual danger. Paul’s use of shocking language in these verses is calculated and intentional – he is demanding that his readers make a decision to stand firm in the gospel now, before they accept the Law. It will take a conscious decision on the part of the Galatian believers to be “in Christ,” to live in the freedom of their adoption as children of God rather than to return to the now out-dated and obsolete covenant of the Law.

What would be the motivation for Gentile members of the Galatian churches to adopt Jewish Law? Ben Witherington suggests that by accepting Jesus as messiah and Savior, they have also turned their backs on the traditional gods of the Greco-Roman world as well as ritual observances associated with the gods. To accept Jesus as Savior is to reject pagan gods.  By rejecting pagan gods, the Gentile converts severed many social ties and joined a religious movement unlike the rest of the ancient world. There are virtually no rituals in the Christian church other than an initiation ritual and a shared meal. There are no sacrifices or liturgy to follow, no festivals, feast days, temple or central gathering places.The Jewish Law, in Witherington’s view, provided an opportunity for Gentile believers to concretely express their Christian identity. Since Judaism was an ancient religion, Gentile converts could avoid the charge that they were accepting a new religion, a “superstition” which was suspect in the Roman world.

Paul is not talking about a religion in Galatians, but rather a relationship with God.  We are not slaves, but rather his dearly loved children.