Daniel 11 is begins with a general history of the end of the Persian Empire (11:3), the Rise of Alexander the Great (11:3-4) and the complicated maneuvering of the Greek Ptolemaic kings in Egypt  and Greek Seleucid kings in Syria. In this chapter, the Ptolemies and the kings of the south and the Seleucids are the kings of the north.

The history begins with three Persian kings, then a fourth who is far richer than the others (11:2). Assuming Daniel has the vision during the reign of Cyrus, thus the next three Persian kings would be Cambyses, Smerdis, and Hystapes, (Ahasuerus, Artaxerxes and Darius as they are known in the Bible). Xerxes (486-465) has been identified as the fourth king since the time of Jerome’s commentary.  Xerxes was perhaps the wealthiest of the kings of Persian, building the empire with the largest army of the era, 2.6 million men.  He invaded Greece, although was turned back in 480 B.C. The Persian Empire lasted another 150 years before Alexander conquered it, likely in response to the sacking of Athens.

The problem with the “three more, then a fourth” king is Persia had nine kings from Cyrus to Alexander. Some commentators therefore point to this lack of precision as a lack of knowledge of the Persian Empire by a second century author. He does manage to cover 200 years of Persian in a single verse! Another possibility is the vision covers Persian history in the same way it covered world history, in a series of four epochs.

The vision then briefly describes a mighty king, undoubtedly Alexander the Great (11:3-4). Alexander’s kingdom was divided between four generals known as the Diadochi: Ptolemy, Lysimachus, Seleucus, and Cassander. This four-fold division of Alexander’s kingdom is implied in Daniel 7:6 and 8:8. 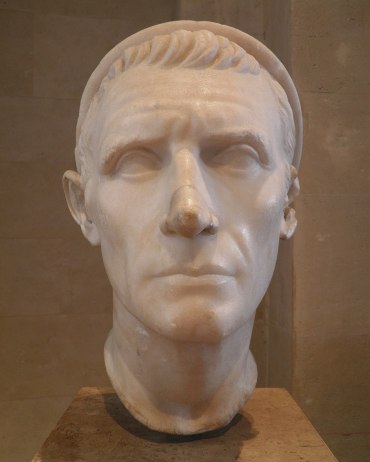 The Kings of the North and South are the subject of the Daniel 11:5-20, culminating in the rise (11:9-16) and fall (11:17-19) of Antiochus III the Great. Antiochus III’s defeat will pave the way for Antiochus IV Epiphanes to take the control of the Seleucid dynasty. He will persecute the Jewish people and lead to the events of the Maccabean revolt.

As Daniel 11:5 implies, the Seleucid Dynasty did in fact get the major share of the Empire, by 281 B.C. Seleucus I Nicator (312-280) controlled territory from the Punjab (NW India) to the Hellespont (Asia Minor).  Seleucus was the Satrap of Babylon in 321 but was supplanted by Antigonus.  He lived in Egypt until Antigonus was defeated and he returned to Babylon in 312.  Seleucus lived like a great eastern king and was said to rival Alexander in his aristocratic behavior.

Ptolemy I Soter (323-285) controlled Egypt, first as a “satrap”, but took the title “king” in 305.  While this was a smaller territory, Egypt was incredibly wealthy.  Eventually this wealth, especially in the form of massive food stores, will attract the attention of Rome. The geography of these two “kings” leaves Palestine as a buffer zone, a key strategic point for both kingdoms.

Antiochus III the Great (241-187) was determined to drive the Ptolemies out of Syria.  He drove south to the city of Dura, recapturing all of the territory lost to the Ptolemies.  He also suppressed rebellions throughout Seleucid controlled territory (Daniel 11:9-10).

Ptolemy IV Philopater (221-203) was a weak and indecisive king and did not act to defend his territory until the Antiochus III was in Egypt (11:11-12).  When he did act, he was relentless. When the two armies met at Raphia in 217 Antiochus III had 62,000 men, 6000 cavalry and 102 elephants; Ptolemy had a nearly equal force of 70,000 men, 5000 cavalry, and 73 elephants (Polybius, Histories, 5.79). Antiochus lost 17,000 men in this battle and Ptolemy annexed Palestine. Ptolemy made peace with Antiochus III which turned out to be a mistake since Antiochus would recover and shift the balance of power in favor of the Seleucid dynasty.

Antiochus III recovered quickly from this defeat and began expanding his empire, campaigning in the east (11:13-16). By 202 B.C. he had built his army to the point that he was ready to attack Egypt. Ptolemy IV and his wife had died, possibly by poison, and left a 4-year-old heir, Ptolemy V Epiphanies (203-181). Antiochus III saw his chance, made an alliance with the King of Macedonia, and attacked Egypt. His army was larger and better prepared than before, and Egypt was struggling through an internal rebellion.

It is at this point in Daniel 11 the Judeans are first mentioned. The angelic guide says “many of your own” will join the king of the North. Indeed, many Jews joined the destruction of the Ptolemy V’s army. Antiochus offered to reduce taxes by a third and grant a tax exemption for three years in exchange for Judean assistance against Ptolemy (this was a false promise – Antiochus could not afford to reduce taxes).

These “violent men” respond to Antiochus in “fulfillment of a vision.” What vision is in mind here?  For many commentators, the vision is Daniel 11 itself. But the text may mean these men responded to a vision at the time that encouraged them to join with Antiochus III against Ptolemy.  The leader of the pro-Seleucid faction was Simon the Just, the high priest, and the rich and powerful Tobias family.  Was “Simon the Just” quite as lawless as Daniel makes him out to be?  This depends on which side of the political conflict you favor. In Sirach 50:1-4 he is listed among the righteous. This is may reflect a prejudice in the writer of Sirach, or as C. L. Seow suggests, a prejudice in the writer of Daniel (Daniel, 174).

Antiochus III now controlled all of Palestine, and placed the Jews under a harsh government, using the region as a staging ground to attack Egypt, stationing much of his army there. There is an increasing focus in the chapter on the land of Palestine in general and specifically Jerusalem.  In verse 16 the “Beautiful Land” refers to Judea and Jerusalem (cf. Ezekiel 20:6, Daniel 8:9)