Jesus contrasts how the Gentiles seek after material needs with his own disciples (6:32). A Jewish writer would contrast Jews and Gentiles in this way. Jesus says the Gentile world frets over their needs (and more, they seek treasure on earth, they serve Mammon (6:24). This is more than materialism, the verb is “eagerly seek” (ἐπιζητέω). The word has the connotation of craving for something, an earnest pursuit of a goal.

In contrast to what the Gentiles seek, the disciple of Jesus is to seek the kingdom of God (6:33). Jesus uses a similar word “seek” (ζητέω) for the pursuit of the Kingdom of God.

Defining the Kingdom is a difficult problem since it can refer to the Old Testament kingdom of God, or God’s general rule of the universe. For a Jewish disciple of Jesus, the “Kingdom of God” would be the coming restoration of a kingdom to Israel, ruled by a messiah who will in many ways be a new David, or a new Joshua in that he rescues Israel from her enemies. But in other ways he is a new Moses or a new Aaron, leading Israel out of the wilderness of her long exile, providing a new covenant which God will enable his people to keep (he will fix their hearts, Jeremiah 33, Ezekiel). 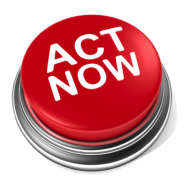 In many ways, the death, burial and resurrection resulted in an inauguration of that Kingdom. In the Ascension Jesus is enthroned in heaven ruling, but there are other ways the kingdom is absent from the world. We do not live in a world in which all people acknowledge the lordship of Jesus (Phil 2:5-11). This is an in-between-time: God has inaugurated his kingdom with Jesus’s death, but will consummate it at some point in the future.

Two important observation follow from this. First, the disciples did not know about this lengthy gap between the inauguration and consummation of the Kingdom. Second, the church is not the kingdom in any real sense and does not fulfill the prophecies of the kingdom from the prophets. We can draw some application from “seek the kingdom of God,” but it is wrong to read this line as commanding the Christian to “establish the kingdom.” That is not even what Jesus says!

Righteousness is an action in Second Temple Judaism. For example, in Micah 6:8 God has shown man what he is to do, the first is to “act justly.” This word is translated as either righteous or just, even if these are different categories in English. A righteous person (in the context of Micah, the Old Testament, and Second Temple Period Judaism) did righteousness, they took care of the poor, the widows, the orphans and immigrants.

Christianity tends to think of righteousness as a state of being, we “are righteous” by not sinning or doing acts of spiritual discipline. There is nothing wrong with this, but it is not what Jesus would have meant when he said “seek the righteousness of God.”

There are many examples of how a disciple of Jesus pursues the things of God in a way that is countercultural to the world. That Jesus welcomes tax collectors, prostitutes, and other sinners to eat with him is a clear act of mercy towards those who are on the fringes of Jewish culture. The way we think about social issues can be “seeking God’s righteousness” that flies in the face of the modern, western worldview.

Perhaps the application of “seeking the kingdom” ought to be doing real acts of justice toward those who are in need, so they do not need to worry about what they will eat or drink. How can local churches become involved in local acts of mercy which impact their community?