In 4 Maccabees the role of the law as nearly equivalent to reason. Although God created humans with emotions and passions, he also “enthroned the mind among the senses as a sacred governor over them” (2:21). The mind was given the Law, in order to “rule a kingdom that is temperate, just, good, and courageous.” Temperate (σώφρων) refers to prudent thinking and self-control and is one of the virtues required of elders in the Pastoral Epistles (1 Tim 3:2; Titus 2:2).

4 Maccabees 7:21-23 What person who lives as a philosopher by the whole rule of philosophy, and trusts in God, and knows that it is blessed to endure any suffering for the sake of virtue, would not be able to overcome the emotions through godliness? For only the wise and courageous are masters of their emotions (NRSV)

The “temperate mind” restrains the impulses of the body, what Paul calls “self-control” in Galatians 5:23. That Paul and 4 Maccabees both have a high view of the Law and the virtue of self-control is not necessarily and indication Paul knew the book or vice versa. Likely as not both the author of 4 Maccabees and Paul are drawing on implications of the wisdom literature drawn through the intellectual grid of a first century worldview which includes elements of Stoicism and other Greek philosophical streams. 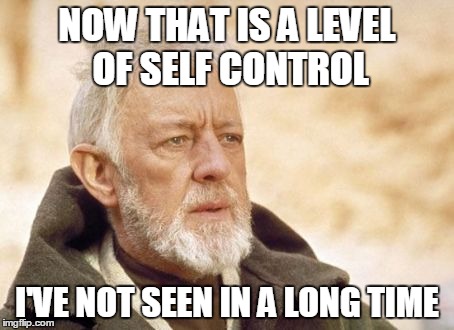 Self-control was perhaps the most important of the Greek ethical terms. Remarkably, the Greek world valued controlling one’s passions and acting moderately in all things. Any activity could devolve into a vice if it is not practiced with moderation.  For example, eating a proper amount of food is good thing; too much is glutton and too little is starvation. Paul claims here that the one who is walking by the spirit will walk moderately in everything that they do. In fact, Paul points out that the person who belongs to Christ Jesus “crucified the flesh with its passions and desires.”

This is an important point that should probably be argued at length, but this sort of paper cannot do so. There are a number of works on Paul and the Stoics which make this point, although the probability of direct borrowing is very low. I prefer to think in terms of an intellectual grid made up of the Old Testament and various Jewish writings as a primary database through which Greco-Roman philosophy is drawn, elements which are compatible with the database are retained, others are rejected.

13 thoughts on “Fourth Maccabees and a Rational Faith”