Chapter 1 is a brief introduction to the book; Job gathers his family to listen to his final words. In this section we learn the names of the children of Job and that his second wife is the daughter of Dinah, making the children of Jacob. This is critical for the Jewish reader since Job is a pagan at the beginning of the story who “converts” to Judaism. “Conversion” of a great Jewish hero is a motif is a part of the Apocalypse of Abraham and Joseph and Asenath.  Chapters 2-5 describe the conversion of Job from paganism to a belief in God. The Apocalypse of Abraham, Job worships idols but wonders if they are real or not. The Lord speaks to Job and informs him he will learn great mysteries after he purges the temple of Satan. He levels the temple of the idol then returns home and bolts the door. 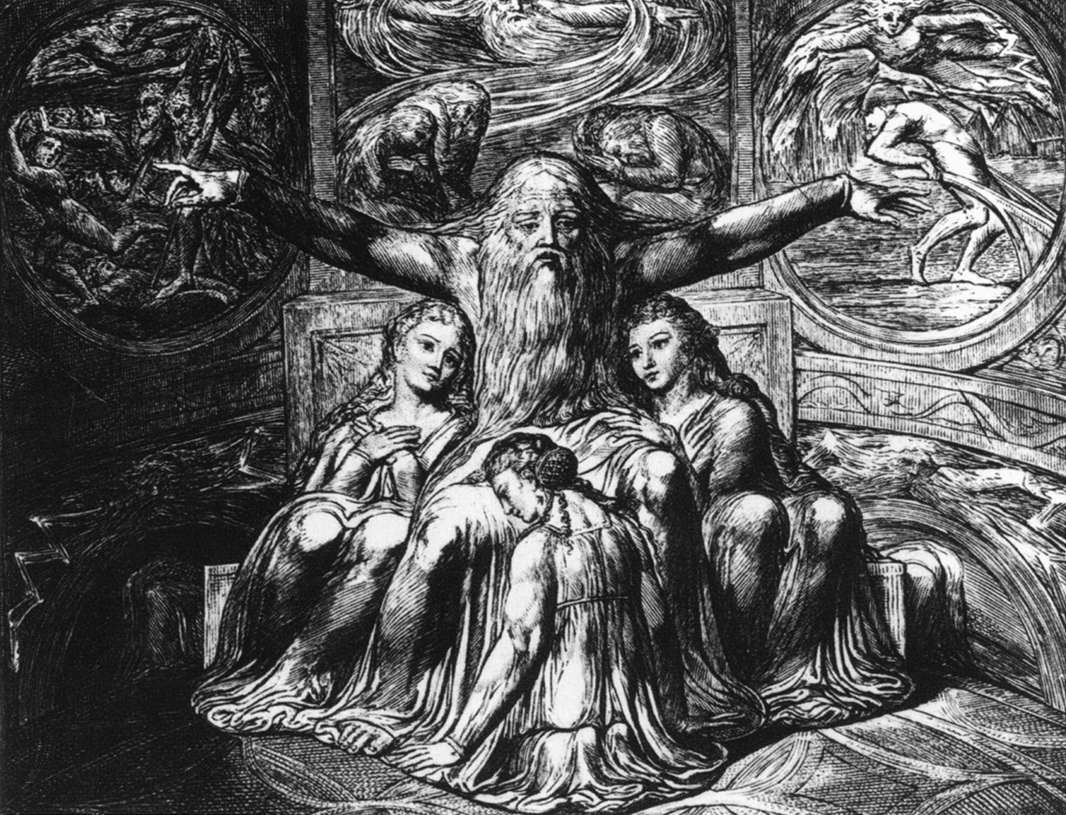 In chapters 6-8 Satan disguises himself as a beggar and comes to Job’s door. Job gives him a burnt loaf, insulting him as an enemy. This lack of hospitality toward Satan is the direct cause of Job’s torments (rather than God’s boasting, as in the biblical story) and stands in contrast to Job’s reputation for generosity (chapters 9-15 describe Job’s various kindnesses). This section also describes Job as an exceptionally talented musician (chapter 14). This is based on Job 21:12, but may also an appeal to the Hellenistic reader. As in the biblical book of Job, he loses his possessions and family. Satan is given authority to test Job (although the source of the authority is not explicit in 16:1). Chapters 16-20 expand the details of each of Job’s losses greatly.

Unlike the biblical story, we read a great deal more about Job’s wife as Sitis (chapters 21-26). This section is not unlike the book of apocryphal book of Tobit. There, Tobit is a righteous Jew living in the Assyrian captivity who is struck blind and his wife Anna is forced to work to provide for the family. In the Testament of Job, Job mourns for his loses by sitting on a dung heap for 48 years while his wife is driven by poverty to become a slave. This drives Job back to his senses, but eleven years later Sitis is still begging daily bread for Job. Satan disguises himself as a bread seller and tells Sitis that she deserved the evil which had befallen her. She sells the hair of her head for three loaves, and Satan begins to lead her heart astray.

In chapters 24 and 26 she begins to accuse Job, chapter 25 is a lament for Job’s wife. OTP 1:850 suggests this is an interpolation since it is similar to 2 Cor 6:9-11 and Titus 3:3-7 in content. It is also possible this is intended something like a Greek chorus, commenting on the attitude of Sitis. Job sees the devil standing behind his wife “unsettling her reason” for the purpose of tempting him. Job accuses the devil and he can no longer hide behind the woman. Satan was so ashamed that he leaves Job alone for three years (chapter 27).

Job is visited by three “kings” who have heard of his affliction (chapters 28-38). Like the canonical book, they are astonished at Job’s suffering and attempt to explain the reasons why he has had to endure such things. There is a great deal of lamenting alongside Job’s responses in this section, although the way in which the visitors speak is considerably different than the biblical characters. For example, Baldad closely questions Job wondering if he is “emotionally disturbed” (36:6), something which Job denies (38:1).

Sophar offers to let Job use the physicians from the three kingdoms (38:2-7). Sitis laments her children, falls on the ground in worship, and dies (chapters 39-40). We find out that Elihu was inspired by Satan (41:6) and the three kings are only forgiven for what they have said by Job’s intercessory prayer (chapter 42), although Eliphas takes the time to curse Elihu (chapter 43). Job is restored in the end and returns to the doing of good works for the poor (chapters 44-45).

As mentioned in the introduction, chapters 46-52 appear to be a later addition by a Christian editor. This section concerns Job’s three daughters who received cords or sashes from their father as an inheritance (chapters 46-47).  As each of the daughters puts on her sash, they no longer care for earthly things and they have a visionary experience. The first speaks in an angelic dialect (48:3), the second speaks in the dialect of the archons (49:2-3), and the third spoke ecstatically in the dialect of “those on high,” the cherubim (50:2-3). They all three sang hymns in these unusual languages.

Nereus, the brother of Job, wrote out these hymns (chapter 51), and afterwards Job falls ill and dies (chapter 52). When an angelic chariot descends to take Job to heaven, the three daughters greet the one in the chariot (chapter 52). The final chapter of the book is the Lament of Nereus for his dead brother (chapter 53).  While the evidence is thin, it is possible Spittler’s proposal of a Montanist addition is correct given the extreme interest in “heavenly language.” It is certainly in contrast to the sentiment of Paul who desired to speak five words in an understandable language that a ten thousand in a heavenly tongue (1 Cor. 14:18).

One thought on “The Testament of Job”