John Polhill uses Paul’s testimony in Philippians 3:4-6 to describe Paul’s Jewish heritage.  In this passage Paul says he was “circumcised on the eighth day, of the people of Israel, and the Tribe of Benjamin, a ‘Hebrew of the Hebrews.’”  For some readers, this might seem to be a bit of a shock, Paul, the apostle to the Gentiles was born and raised a Jew, and never repudiated that heritage.  Even in Philippians Paul lists his accomplishments with a little bit of pride.

Paul’s claim in Philippians is that he is a proper Jew – circumcised on the eighth day indicates that he comes from a family that is keeping the Jewish traditions despite living in Tarsus.  It is possible that there were Diaspora Jews who did not keep this tradition or even did not circumcise their sons. The reference to being a member of Israel connects Paul to the covenant as a member of Abraham’s family.  Paul was not a Jew pretending to be a Greek, but rather a Jew who was well aware of his heritage as a child of Abraham. 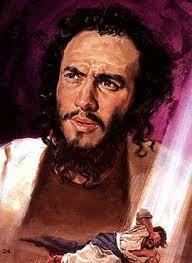 The phrase “Hebrew of the Hebrews” can be taken in several ways.  This phrase may mean that Paul was born of true Jewish blood, that there is no Gentile in his linage. It is sometimes suggested that Paul is referring to his ability to speak and read Hebrew. Not all Jews spoke the language, especially in the home.  If there is an increasing specificity in the list of descriptions, then perhaps Polhill is right and Paul is saying that he is from an extremely Jewish family, one that still speaks the language at home (Pollhill, PAHL, 26).

Paul is, in the words of J. B. Lightfoot, making a progressive argument.  A convert to Judaism may be circumcised, someone with some Gentile in his linage might claim a tribal affiliation, but Paul is a pure-bred true Jew!  Of course, in Philippians 3 Paul is clear that this heritage is of no value now that he is “in Christ,” but it seems obvious that Paul’s Jewish heritage is one of the major factors behind his successful evangelism.

In a recent book, Pamela Eisenbaum claims provocatively, Paul was not a Christian (Harper One, 2009). Her point is to read Paul in a Jewish context for the purpose of defusing anti-Judaistic interpretations of Paul.  As her book argues, Paul’s letters are only Christian because Christians chose to canonize them. According to Eisenbaum, there are not many distinctly “Christian” elements in the books, he is a Jew concerned with how other Jews understand a particular messianic claim (namely, that Jesus of Nazareth was the messiah).  On the one hand, I am not at all persuaded by the book (obviously Paul was a Christian!), but she does make the point well that Paul is not a Christian in the sense that a post-Reformation follower of Jesus is a Christian. I doubt Paul would fit in at a meeting of the Evangelical Theological Society or the Southern Baptist Convention.

Does Paul depart from his heritage?  In some ways his theology is certainly radical, but perhaps not as radical as often assumed.

10 thoughts on “Paul and Judaism”