When Paul arrives in Jerusalem, he meets with “James and the Elders.”  As it turns out, there are many Jews in Jerusalem who are believers in the Gospel and are still  following the laws and traditions of the Jews (21:20).  This is not unexpected– Jesus did not come to destroy the Law and does not teach anything that might be taken as a rejection of the Law or Temple worship.  While Jesus may have rejected the traditions of the Pharisees, he lived as any Jew might have in the first century. 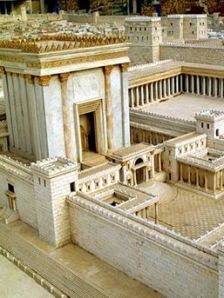 James describes the Jerusalem church as very large, the NIV has “thousands,” translating the Greek “myriads.” While this might seem like a bit of hyperbole, there were several thousand people mentioned in Acts 2 and 3, so it is not unlikely that there have been additional converts in the many years that have passed.

But there is a problem.  There are some among their church that think that Paul is a false teacher  by teaching that Gentiles should turn away from the Law (vs. 21).  Is this true?  Certainly Paul taught that Gentiles were not under the law, in fact, in Galatians he is quite strong in his condemnation of these same zealots who were teaching the Gentiles to keep the law. With respect to Jews, it is true that we do not have a text which clearly indicates that he told Jews to continue keeping the law and traditions of Israel. It may or may not be the case that Paul considered ceremonial law and traditions matters of indifference.

Witherington seems to allow for more possibility that Paul taught that traditions were not required.  Certainly Galatians could be read as a repudiation of the Law, although it seems that Paul only has in mind Gentile converts.  In the end, that may still be the heart of the problem – what Paul has created is something new and different.  People are converting to a belief in Jesus as savior apart from Law rather than converting to Judaism or converting to a particular messianic conviction within Judaism (Acts, 648).

Based on Paul’s behavior in Acts, it may well be he would have told the Jews to continue keeping the Law.  He required Timothy be circumcised, for example, and he had made a vow while in Corinth. Later he will claim that he has continued to keep the law, although one wonders to what extent he kept the boundary markers of the Law these conservatives Jews would have expected from him.

James proposes that Paul prove his loyalty by submitting to the Nazarite vow along with a few men (vs. 22-25).   Dunn rightly observes that James does not deny the rumor: “the advice of James and the elders is carefully calibrated.  They do not disown the rumors.  Instead they suggest that Paul disprove the rumors by his own action, by showing that he himself still lived in observance of the Law” (Dunn, Acts, 287).  The fact that James drops out of the story after Paul’s arrest is a mystery – why does James not come to the aid of Paul?  No Christians are willing to defend Paul when he goes before the Sanhedrin.  Why is this?  It seems as though Paul has less support in Jerusalem in A.D. 58 than we might have expected.

Does Paul make a mistake in sponsoring the vow in the Temple?  Some people think it would have been unlike Paul to “keep Law” at this point in his career.  What is his ultimate motivation for doing this?  Does he really need to “prove himself” to be faithful at this late date?