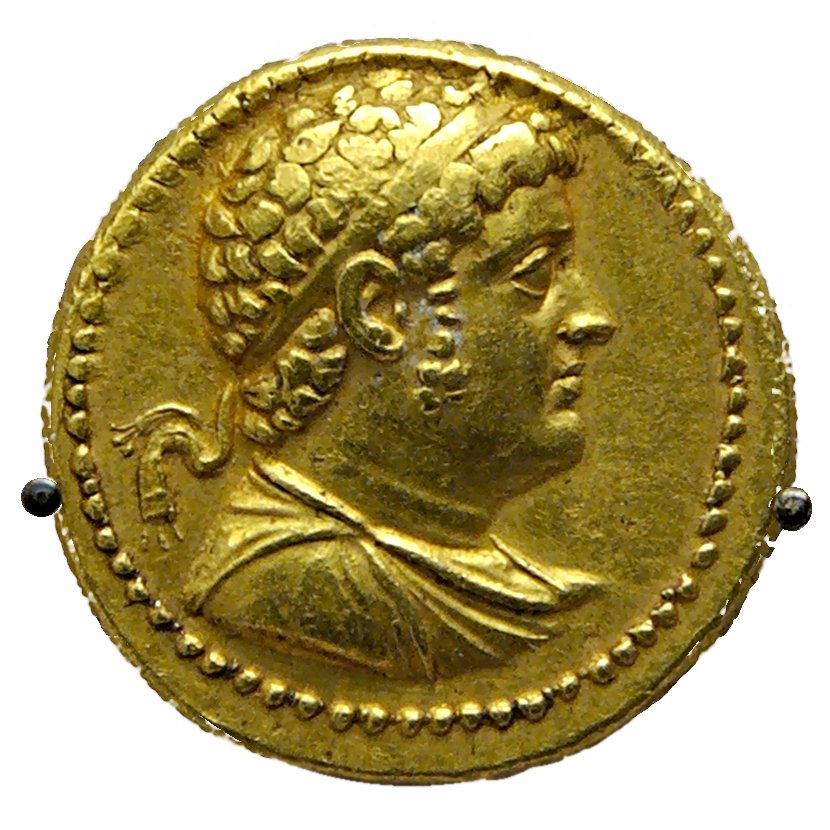 When Philopater visits Jerusalem wants to offer sacrifices at the temple in order to make his new subjects “feel secure” (1:6-16). He is greatly impressed by the Temple and wants to enter the Holy of Holies. But the priests explain this is forbidden even for the Jews. Philopater insists that as king he is above this law. The priests cry out and tear their cloths and pray that Almighty God would stop Philopater from this plan. The whole city joins in the mourning for the plan of the king, praying to God to stop the king from his “sacrilegious plan.” He refuses to be persuaded and the chaos grows in intensity (1:17-29).

The High Priest Simon makes an impassioned prayer asking God to stop this “wicked and corrupt man” who is “reckless in his effrontery” (2:1-20). He believes God is testing the people as he has done in the past and the priest is determined that the people will not fail this time. Simon’s prayer recalls other times when the wicked were destroyed (the giants, Sodom, Pharaoh). The High Priest begs the Lord not to punish the Jews for this defilement (v. 17). The Lord responds to this prayer by severely thrashing Philopater and paralyzing him (2:21-33).  His bodyguards were amazed at this and pull his body out of the Temple.

Philopater recovered but was not humbled by this punishment: “he by no means repented, but went away uttering bitter threats” (v. 24). He returned to Egypt where he was “even more extravagant in his wickedness.” He sought ways to bring shame on the nation of Israel.  He required the Jews to sacrifice to Dionysus and even to tattoo themselves with an ivy leaf over their hearts to show devotion to Dionysus. The Jews are to be taxed heavily and reduced to the level of slavery.

While there were some Jews who gave into these demands in order to advance themselves in society, “The majority acted firmly with a courageous spirit and did not abandon their religion; and by paying money in exchange for life they confidently attempted to save themselves from the registration” (3: 32, NRSV). The latter half of this verse is an indication there were some Jews who did attempt to capitulate to the Ptolemies.

There is very little in these events which is historical. The writer has combined elements of the abominations of Antiochus IV with Pompey’s entry into the Temple in 63 B.C. The writer created a biblical prayer and placed in the mouth of the last of the great High Priests, Simon. Although it is impossible to connect these events to any one actual event, the writer tells his generation that God will act as he has done in the past to deal with the current empire, Rome.

There are several indications the writer has Rome in mind in this text. First, it was Pompey who entered the Holy of Holies in 63 B.C. The author of 3 Maccabees pushes this sacrilege back more than a hindered years.

Second, during the Roman period Jews in Egypt were required to register in a census (λαογραφία, laographía). This tax was first introduced by Augustus, required the men of Alexandria aged 14 to 62. Those who were Greek citizens and “members of the gymnasium” were exempt. Some Jews could be considered Greek citizens by virtue of their education and were considered “Greek” for purposes of this taxation. This registration and marking (2:28-29) may be in the background of the Mark of the Beast in Revelation 13.

Third, when Simon lists other times the Lord has defeated the enemies of God’s people, he begins with “giants who trusted in their strength” (2:24). The word translated “strength” is a rare word in the LXX, ῥώμη, which is a homophone for Rome.

The writer of 3 Maccabees is therefore creating a theologically driven story to encourage readers struggling against another oppressive Empire. Just as God has acted in the past to rescue his people (whether this is Antiochus or Pompey or the present evil emperor), so too will he act again to rescue those who are “those who are downcast and broken in spirit” (2:20).

7 thoughts on “Third Maccabees 2 – Have Mercy on the Downcast”