James 5:13-18 briefly mentions several kinds of prayers for those who are suffering or rejoicing (5:13). Those who are suffering ought to pray. The verb James used for suffering (κακοπαθέω) is rare in the New Testament. Paul used the word in 1 Tim 2:9 to describe his own suffering, bound in chains like a criminal. In 2 Tim 4:5 it is one of the final commands to Timothy (endure hardship). This is not necessarily that people being oppressed by outsiders (such as the wealthy of the previous section). This word can refer to any sort of affliction (even the sickness in verse 14). 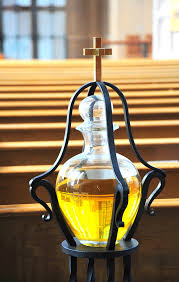 Although the verb is the common word for prayer, James makes a clear parallel with “cheerful singing” in the next line. It is at least possible James wants the one who is suffering to pray a lament Psalms. There are many examples of prayers in the Psalms where the writer is lamenting because of suffering and oppression.

In contrast, the cheerful ought to “sing praise.” The verb “be cheerful” (εὐθυμέω) and the related nouns have the sense of “in good spirits” (BDAG), as in Acts 27:22, 25, 36 where Paul encourages those about to be shipwrecked to “take heart.” This word does not refer to someone who is bubbly and happy, but rather someone who may be suffering but rejoices anyway. In James, the readers all seem to be suffer in some way.

Although there is no organized persecution, there is some harassment at the hands of the wealthy and powerful. Since the verb for singing (ψάλλω) is related to noun for a psalm, perhaps James wants the cheerful to respond to the Lord with thanksgiving or praise drawn from the Psalter. The believer is to respond in worship whether they are enduring some suffering or enjoying a time of relative peace.

A second kind of prayer in this paragraph is prayer for the sick (5:14-15). The elders are to pray over the sick and anoint them with oil. It is important to understand “elders of the church” in the context of James as a very early letter. This is not the office of elder in the fairly structured church of the Pastoral Epistles. Some scholars see this as a distinctively Christian phrase. Sophie Laws, for example, “This is one phrase which gives a specifically Christian colouring to the epistle” (Laws, James, 225).

An elder (πρεσβύτερος) referred to the older, wise men of a community. For Jews, these were the men who were respected in a town and synagogue. As the church developed certain men were appointed to function as official guardians of faith and practice, but in the earliest Jewish communities, the elders were analogous to the older men of the synagogues. By church (ἐκκλησία), James refers to the Jewish Christian communities in the Diaspora, more or less equivalent to a synagogue. This is not the universal church, the body of Christ.

The elders also anoint the sick with oil. Although anointing with oil is used for a variety of things, it is associated with treating wounds. In the parable of the Good Samaritan the Samaritan puts oil on the man’s wounds, for example. But in the ancient world there was nor a clear distinction between a miraculous healing and medical science. “A distinction between remedies based on superstition and remedies based on science would have been foreign even to the practitioners of Greek medicine” (Laws, James, 227).

The elders anoint the sick person “in the name of the Lord.” This could refer to Jesus, or could refer to the father. For the most part Jews would have referred to God as “the name,” so this implies the Lord is Jesus. Although this seems academic, there are so few references to Jesus in James scholars hope to find them wherever they can! Dibelius thought the command to pray “in the name of the Lord” is an allusion to exorcising a demon who was responsible for the sickness. This would reflect the Second Temple view that demons caused illness, but there is little in this text to support an exorcism.

The sick person also confesses their sin. This may reflect the Jewish view that sickness and sin are related. It was common in the Second Temple Period for Jews to connect physical illness and sin. For example, Sirach 18:19-21 and 38:15 makes confession of sin a requirement for healing and good health (Laws, James, 229).

Sirach 18:19–21 (NRSV) Before you speak, learn; and before you fall ill, take care of your health. 20 Before judgment comes, examine yourself; and at the time of scrutiny you will find forgiveness. 21 Before falling ill, humble yourself; and when you have sinned, repent.

Sirach 38:15 (NRSV) He who sins against his Maker, will be defiant toward the physician.

In John 9, Jesus’s disciples ask of a man who was born blind had sinned, or of his parents had sinned; in Mark 2 the Pharisees considered Jesus’s pronouncement that a lame man’s sins were forgiven to the blasphemous since the man was still lame.

It is surprising James makes no reference to laying on of hands, a common practice in healing. This may imply this is not a “traditional healing.” The impression from the two verses is that a person with an unusual illness can call one or two of the community leaders to their bedside and confess their sins. These elders will pray for them and tend to their illness in some real tangible way.

Like the first two commands of this paragraph, the sick person confessing sin is often found in the Psalms.

Psalm 35:13–14 (ESV) But I, when they were sick— I wore sackcloth; I afflicted myself with fasting; I prayed with head bowed on my chest. 14 I went about as though I grieved for my friend or my brother; as one who laments his mother, I bowed down in mourning.

Psalm 41:1–3 (ESV)  Blessed is the one who considers the poor! In the day of trouble the Lord delivers him; 2 the Lord protects him and keeps him alive; he is called blessed in the land; you do not give him up to the will of his enemies. 3 The Lord sustains him on his sickbed; in his illness you restore him to full health.

The prayer of these elders can “save them” and the Lord will raise them up. This appears to refer to healing, although this is not necessarily the sort of miracle Jesus did, nor the apostles in Acts. But regardless of the activity of these elders, it is the Lord who raises the sick person from their sick bed.

By way of application, these two verses are not related to modern healing at all, they reflect Jewish practice in the first century. James is describing a practice which should be as obvious as praying at times of suffering or cheerfulness.