When InterVarsity Press sent me a copy of this massive book my initial thought was that Witherington had simply written another massive book on New Testament Theology. But this is not the case, these two new paperback volumes were previously published as The Indelible Image: The Theological and Ethical World of the New Testament. Volume one was subtitled “The Individual Witnesses” and volume two was subtitled “The Collective Witness.” 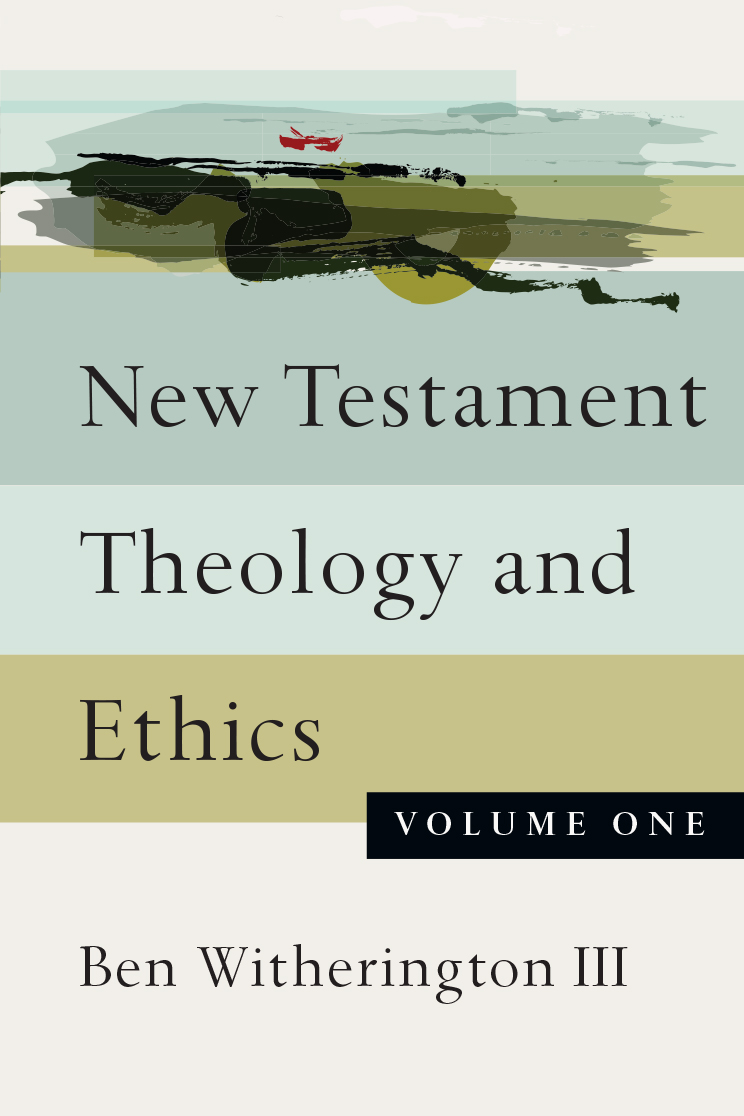 His goal in these two volumes is to address this disconnection of theology and ethics. In order to achieve the goal, the first volume surveys the New Testament witnesses in chronological order. He begins with historical Jesus, although he does not worry too much about this terminology. The second witness is Paul since most of his letters are the earliest Christian writings available. Witherington calls Paul a “paradigm setter,” but he wants to avoid drawing a sharp contrast between Jesus and Paul. Pau believed the teaching of Jesus had an application beyond the original setting and Paul also believed he had a prophetic office with interpreted the teaching of Jesus by applying it to new situations (272). With respect to ethics, both Jesus and Paul would agree with James’s statement that “faith without works is dead.”

James, Jude and Peter are the topic of the third section of the book. The dating for the letters of Jude and James is important since they may pre-date Paul’s earliest letters. Witherington uses this chapter to outline a Jewish Christianity which in some ways stands in contrast to Pauline theology. The fourth chapter deals with Hebrews, a book often associated with Jewish Christianity, but Witherington draws parallels to Pauline theology. The Johannine literature in defined as the Gospel of John and the three epistles, Revelation is separated out to the final chapter of the book. The Gospel of John was also intended for a Jewish Christian audience but describes Jesus as a sage (a point Witherington has argued in Jesus the Sage (Fortress, revised edition 2000). Placing the sixth chapter on the synoptic Gospels may indicate they were written after the Gospel of John, but Witherington merely wants to trace the development of Christology in the Gospels in a single chapter. Perhaps the inclusion of Acts in this chapter is a methodological mistake, but the problem of the genre of Acts and its relationship to Luke is always a difficult problem. Despite having written a major commentary on Acts, Witherington only has a few pages on Acts in this chapter and then only focusing on Acts 2. The final chapter on Revelation and 2 Peter deals with the ethics of the persecuted as well as a brief introduction to the beginnings of the New Testament canon.

The second volume begins with a methodological discussion, is a New Testament “theology or ethics” even possible? Witherington’s main dialogue partner in this introduction is Joel Green’s Seized by Truth (Abingdon, 2007). This book argued for an ecclesiastical approach to Scripture, really what is now called theological interpretation. In this approach meaning is found behind, in and in front of the text. This approach takes into account how people have read Scripture in the past (how they have “received” the text within a faith community) as well as the text itself. Witherington is more cautious, pointing out that background and reception of a text cannot be the meaning of the actual text (2:25). His approach will focus on the meaning of the text in the final form and taking into consideration the cultural embeddedness of the text while attempting to apply the text to transformed lives in faith communities.

The result of this lengthy survey is what Witherington calls a “matrix of meanings” (chapter 13). By sticking to the overall narrative of the canon of Scripture, he observes that the thought world of both the Old and New Testaments blend with other (non-canonical) ethical sources to provide an ethical foundation for “going beyond the Bible.” Witherington interacts with I. Howard Marshall’s small book by this title in order to suggest all academic sub-disciplines ought to work together develop ethical teaching from the biblical foundation in order to meet the needs of the world today.

There are a few minor differences with respect to formatting. For example, the table of contents in the new volume is far more detailed. Several chapter titles were change to avoid some confusion. Chapter 3 was originally entitled “The Kinsmen and their Redeemer and Peter and his Principles,” the new volume has the more sensible “Jude, James and Peter: Bridging the Ministry of Jesus and the Apostolic Church.” Chapter four was originally “the Famous Anonymous Preacher” but now is “Hebrews: Looking unto Jesus in the Pauline Tradition.” The title of the sixth chapter was changed from the ambiguous “One-Eyed Gospels” to “Matthew Mark and Luke-Acts: Retrospective Portraits of Jesus and His Gospel” and chapter seven was change from “The End of All Things and the Beginning of the Canon” to “Revelation and 2 Peter: Transitioning to a Postapostolic Church.” If there are other adjustments in the body of the text, they are minor and do not effect page numbering between the two volumes.

This new publication makes these massive volumes available in less expensive paperback binding. The reduced cost is of course welcome, but since both volumes are well over 800 pages, I am concerned about the long-term durability of the binding.

NB: Thanks to Intervarsity Press for kindly providing me with a review copy of Volume One of New Testament Theology and Ethics; I previously purchased both volumes of The Indelible Image. This did not influence my thoughts regarding the work.