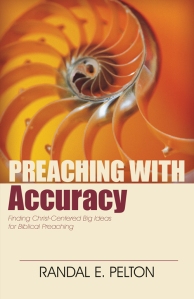 This short book of preaching is in many ways a combination of Haddon Robinson’s classic Biblical Preaching and Bryan Chappell’s Christ-Centered Preaching. Pelton recognizes his debt to both books in his introduction. He believes the preacher needs to develop the ability to identify the dominant idea of a preaching portion, but also to allow the language and concepts of the portion to shape the sermon.

The first chapter of the book is a defense of expository preaching. For many preachers, exposition of a text in a sermon is not popular with audiences. Expository sermons will not “grow a church.” It is unfortunately true many congregations lack the biblical background to appreciate an expositional sermon and fewer pastors are attempting to “preach through a book.” I have found that even when a pastor preaches a series on a biblical book, the sermons will still be topical and only vaguely related to the selected text. This book by Pelton will help pastors to pay attention to the main idea of a text a selected text and conform their presentations to the Word of God rather than using scripture as a pretext for the hot topic of the week.

Pelton’s model for preaching begins with selecting an appropriate text to preach. He calls this “cutting the text,” although he is simply demonstrated for the reader how to identify a proper unit of scripture for preaching. Topical preaching tends to err by using a single verse (sometimes out of context) or by jumping to as many verses as possible. Expositional preaching can be ruined by trying to reach too large of a section, forcing the pastor to rush the details or bore the listeners with story-retelling. By paying attention to the genre-based clues in the text itself a pastor ought to be able to limit their expository sermon to an ideal number of verses.

By “cutting the text” properly, the expositor will then be able to identify the “textual big idea” in the portion. Pelton’s fourth chapter demonstrates how to select the broad subject, to narrow the subject to the preaching portion and finally to develop the “big idea” which will govern the content of the sermon. He gives several examples and has a number of “workbook” like exercises to allow the reader to develop their own “big idea” and compare it to his own work. 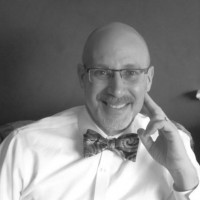 Once a “big idea” for the sermon has been crafted, Pelton describes a method for grounding the “big idea” in the context of Scripture. Obviously the “hero” of every text is God and the main character of every text is Jesus, but creating a Christ-centered sermon will vary from genre to genre. Pelton therefore gives several examples, including a few from the Old Testament, to demonstrate how to ground the “big idea” in the immediate context of the portion of Scripture selected. This contextual approach allows a preacher to select only a short section for the expositional sermon. For example, a preacher can cover the whole of Gen 39, for example, while focusing on only a few verses which demonstrate the “big idea.”

In his final major chapter, Pelton describes what he calls “canonical preaching.” By this he more or less means preaching Christ in every text. This many take the form of what Christians ought to be or do, or how Christ is revealed in a particular text. He is careful to avoid the allegorical “fuller meaning” of medieval preaching which found Jesus in every word of the Old Testament. Pelton firmly believes every text ought to point to Jesus and apply to the Christian and a sermon should be a kind of “theological exegesis” pointing the way to the Cross. This is not unlike Bryan Chapell’s “grace-centered preaching” or Sidney Greidanus’s method for preaching Christ from the Old Testament. While Pelton makes some distinctions between his approach and these other two popular homiletical texts, all three are working similar methods with the goal of preaching every text in the larger context of the whole canon.

If I have any critique of Pelton’s approach, it is this canonical method. On page 118 he has a chart comparing his method to a target, with the textual big idea on the outside, the contextual in the second ring and the canonical interpretation in the center of the bull’s-eye. Until I saw this chart, I would have place the textual big idea in the center and the canonical interpretation on the outside. For me, the idea in the text I have selected is the driving force in my sermon and (perhaps to my shame) I often do not consciously attempt to draw the text to the larger canonical context. Pelton’s book is an encouragement to re-think what is important in a sermon and to center my presentation on the Cross.

NB: Randal Pelton blogs on Preaching at Pelton on Preaching. Thanks to Kregel Books for kindly providing me with a review copy of this book. This did not influence my thoughts regarding the work.