Paul charges Timothy with the task of to faithfully keep the commands of this letter. This is a solemn charge made before two witnesses: the presence of God and Christ Jesus. Paul uses two metaphors for this pursuit of godliness: fight the good fight and take hold of eternal life. 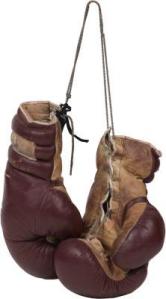 “Taking hold” (ἐπιλαμβάνομαι) sometimes has a violent implication as well. It was used when the Romans pressed Simon of Cyrene into carrying the cross of Jesus and twice in Acts for someone being seized or arrested ( Acts 16:19; 18:17). The LXX uses this verb in Prov 4:13, the wise person takes hold of instruction. (There are violent connotations often in LXX Judges, 2 Sam 13:11 it is used for a rape). Taken along with “fight the good fight,” Paul is telling Timothy to compete in a way that will “win the prize.” The victory is not really won until the competitor takes the prize, an Olympic crown, for example.

Timothy is reminded his public confession of faith. What does Paul have in mind with this “confession”? There are three options (Mounce, Pastoral Epistles, 355-6).  One possibility is Timothy was arrested at some point prior to this and he made a confession of faith before some civil tribunal. This would explain the reference to Jesus making ‘the good confession” before Pilate. The witnesses were those at the court who heard Timothy confess his faith in the face of persecution. The most significant problem with this view is there is not clear reference to Timothy’s arrest in any New Testament literature.

But Paul may be looking even further back than Timothy’s commission to ministry. Since the “prize” that awaits him for finishing the contest is eternal life, it is most likely that Paul has in mind Timothy’s initial confession of faith in Jesus. If this is the case, then the people in the church who witnessed this confession are the “many witnesses.”

Just as the letter began with a charge to Timothy to guard the faith which was entrusted to him, now Paul once again solemnly charges Timothy to remember what he has already committed to when he began his ministry. Timothy is to keep these commands are to be kept perfectly. Unstained (ἄσπιλος) is sometimes translated as “spotless” in the context of a sacrifice (Lev 4:3, for example). In 1 Peter 1:19 Jesus is described as the “pure spotless lamb.” A “blemish” (σπίλος) is used as a character fault in Hermas, Similitudes 9.4.4. The verb cognate of this word refers to a stain or defilement.

Free from reproach (ἀνεπίληπτος). Paul has already used this word in 1 Tim 3:2 (the overseer must be above reproach) and in 5:7 (widows have to be above reproach). The word has the sense of “above criticism” (Cf., Titus 2:8). L&N suggests the word here means that Timothy ought to keep the commands of this letter “in such a way that no one can criticize it.”

This is a very high goal set for Timothy, but if he is fulfill his commission from God, he cannot have anything when ruins his reputation. Everyone can think an example of someone who was an excellent preacher and servant of God, but they had some behavior or character flaw that changed the way people thought of them and hindered their ministry. Paul tells Timothy here that he has to live his life so perfectly that there is no stain or blemish on his character which drives people away from the gospel.