Paul does not think the church at Corinth is maturing as they should. First Corinthians outlines several problems which were due to not fully applying their status in Christ (factions, sinful behavior, questions about key doctrines). In 1 Corinthians Paul was straightforward and confrontational, to the point that some in the church were offended. He therefore wrote another “tearful letter” and made what he calls “a painful visit” to the church in order to deal with these sins. This correction left many in the church with raw feelings, and Paul himself was angry and perhaps humiliated by the audacity of the church and their challenges to his authority. 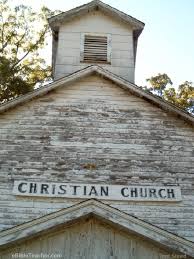 In this opening section of 2 Corinthians, Paul tries to explain where his heart was during these difficult times. He claims to have acted with pure motives for the good of the church, even if the church was offended by Paul. Ultimately, his goal was to “help the Corinthians make the necessary corrections themselves” (Garland, 2 Corinthians, 111).

Although it seems strange from a modern perspective, Paul boasts he has acted in good conscience (1:12). It is possible Paul could be accused of acting rashly in the way he attacked the church for the treatment of the sinful member of in 1 Corinthians 5. Later in the letter Paul will defend himself against people in the Corinthian church who are attacking his authority as an apostle. This boast at the beginning of the letter sets the tone for his later defense, he has acted properly and does not have anything weighing on his conscience as a result of previous confrontations through letters and visits.

First, Paul acted with integrity, or simplicity in the ESV. The word he uses here (ἁπλότης) is very flexible, which is why there more difference in the translations than usual. It is used in the New Testament for “personal integrity expressed in word or action” (BDAG), for behaving properly, without ulterior motives, or “without ambiguity,” or “simple goodness…‘without strings attached’, ‘without hidden agendas’” (BDAG). For example, it appears in Eph 6:5 and Col 3:22 in the context of how slaves ought to obey their masters. They ought to act sincerely, not simply to curry favor with their master.

Second, Paul’s relationship with Corinth is based on godly sincerity. This word (εἰλικρίνεια) is rare in the New Testament, it only appears in 1 Cor 5:8 to describe sincerity of worship (in contrast to the sinful man) and again in 2 Cor 2:17, sincere motives in contrast to certain “peddlers of the word of God.”  The word connotes purity, and can be used to describe something that is “unmixed” (“a pure and clear air” in Hippocrates, Vict. 2.38.5, for example). Spicq contends that the word does not connote “so much an absence of duplicity or hypocrisy as a fundamental integrity and transparency; it can be compared to innocence”(TLNT 1:423).

Was there an accusation of inconsistency from the Corinthian church? Perhaps someone said Paul “passes himself off as strong in his letters but comes off as weak in person (10:1–11; 13:2, 10). He threatens the rod (1 Cor 4:21) but runs away when discipline is necessary (2:1–4).” As a modern analogy, people tend to be much more bold and aggressive on the internet than in real life, especially if they are in some sort of anonymous forum. People say things in an email they might not say face-to-face!

Third, he did not act according to earthly wisdom. “Earthly” can be translated “fleshly” since the noun (σαρκικός) has the sense of human frailty. In the New Testament the word usually has a negative connotation, as it does here in contrast to the grace of God. This “mediocre, transitory, or sinful” human way of thinking is a theme which comes up often in 2 Corinthians. In this context, Paul is saying the way he treated the church was not the way people in the secular would have done it.

Perhaps he implies his condemnation could have been far more painful, or that his attack could have caused them a great deal more pain. He may simply mean his extension of grace to the church was unexpected—most would have written off the church as utterly corrupt and sinful, no longer able to be corrected and restored to fellowship. If a major theme of the letter is reconciliation, then “conventional human wisdom” would be reconciliation is impossible in this case, why even try?

It is possible someone in the church accused Paul of writing obscure, difficult letters, as if he was trying to display his “worldly wisdom.” Think of a young pastor who tries to demonstrate his theological education by referring to the Greek too often, or quoting obscure intellectuals (“as Kierkegaard says…”)

On the other hand, Paul was indeed sensitive to how his letters were interpreted. As Furnish comments, Paul was concerned someone “in Corinth was deliberately trying to turn Paul’s letters to the apostle’s own disadvantage” (II Corinthians, 130). Perhaps the charge against Paul was that he intentionally preached an unclear gospel out of impure motives. If a teaching could be interpreted in a favorable way, then Paul stands to gain honor. Like a modern political speech, maybe Paul was being evasive and vague to be “all things to all men” and gain favor of all men.

In contrast to the flawed way humans think and behave, Paul was motivated by the grace of God. Despite the sins of the church and Paul’s anger and humiliation over their behavior, they are still people who God has saved by grace. Paul acted to restore them to fellowship, even if he treated the sin boldly and hurt some people along the way.

It is always difficult to use Paul’s difficult relationship with Corinth as a “model for ministry.” But Paul’s claim here is that whatever happened, he was motivated by a sincere desire to extend God’s grace to the congregation.

How would this attitude change the way we “do church”?