When we read the book of Acts, it seems obvious Luke intended to write some sort of history of the expansion of the early church from a small messianic sect of Judaism in Galilee and Judea to an empire-wide religion which included both Jews and Gentiles. In the opening lines of the Gospel of Luke we are informed that a main purpose for writing the book was to create an “orderly account” which was “thoroughly investigated” by seeking out “eyewitnesses” to the events recorded. 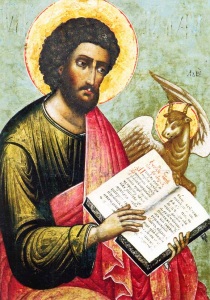 This prologue is similar to any Greco-Roman historian. As one reads through Luke and Acts there are any number of key figures and events which “fit” into the general history of the world. Figures like Augustus, Herod, Pilate, Gallio are all well-known characters. Luke uses geographical references to show the expansion of the Gospel west from Jerusalem to Rome. All of these locations are verifiable and there is nothing in these descriptions which seems strange to a reader of ancient history. (Setting aside Luke’s penchant for exaggeration, “the whole town” did not literally come out to hear Paul’s sermon in Acts 13:44!) Often very simple elements of the book are historical, such as the detailed descriptions of sailing on the Mediterranean Sea in Acts 27.

Yet there are some doubts as to Luke’s accuracy. Part of this doubt is the result of applying modern historical method to an ancient writer like Luke. There is an obvious difference between reporting a speech on an ancient document like Acts and a modern work on a historical event. But sometimes the motivation is more theological, Luke is suspected of hiding some information or ignoring embarrassing details. Worse, Luke is suspected of creating an image of the church which never really existed.

Let me offer an example: In the movie Selma (2014), the producer Ava DuVernay re-wrote some of Martin Luther King Jr.’s speeches for the film. Part of this had to do with copyright laws for the words and licensing agreements for films, but there is no way to make a compelling film with a lengthy speech, even if it is delivered by an excellent actor like David Oyelowo! DuVurnay wrote “alternative speeches that evoke the historic ones without violating the copyright.” The speeches were “generally accurate” yet served the overall artistic and political goals of the filmmaker.

In addition to the speeches, there are vast amounts of detail in the film which can be “fact checked” against the historical record. These may involve order of events, but some a historical window dressing placed in the movie to make the viewer feel they are watching events in 1965. I do not know if this is true for Selma, but this kind of movie often has a car or television in a background scene. Someone notices it is not from the right time period and usually points it out (gleefully) on the Internet. And yes, I often looked up products and song references while watching Mad Men hoping to catch a few anachronisms!

One other frustration with a film like Selma is the huge number of historical events not covered in the film. Some of the criticism of the film centers on how LBJ is portrayed, but since I am not an expert on the period I am not worried about this too much. But what about the Bob Dylan and Pete Seeger singing “We Shall Overcome” with King in 1963? As a Bob Dylan fan, this is a very important detail which deserved to be included in the film. The writer of the film would obviously disagree: Bob Dylan was not relevant to her interest and was simply ignored.

I suggest Luke did something very similar to this when he wrote the Book of Acts. He had a vast amount of raw data before him, most of which was oral traditions about the activities of the apostles. He did not have mechanically recordings of speeches nor did he worry about copyrights, but he certainly had to edit sermons to fit the page. When he did this, he was guided by his theological agenda and literary methods (as well as the Holy Spirit!)  Just as the filmmaker left out a great deal of the story, so too Luke leaves out details that simply do not serve his agenda. Obviously we cannot look at the original transcripts and fact-check Luke, since those no longer exist, but all ancient history has the same problem with reported speeches.

It is possible to read Luke as generally accurate about the expansion of early Christianity into the Roman world, the story he chooses to tell. Luke necessarily selected the stories which helped him tell his story and ignored those which did not. Does this make him a “dishonest historian”? Are there other factors (theological, cultural) which may have influenced Luke’s telling of the story of the early church?

17 thoughts on “The Book of Acts as History”