Have some in the congregation actually drifted away to the point of apostasy? Chapter 6 and chapter 10 both have strong words of warning against apostasy.  It is possible that some have, but the writer’s intention may be to drive the point home well enough that the readers do not recant their faith when the difficult persecution comes.  This is a rhetorical strategy, to describe the worst case imaginable, then show how the reader has not gone quite that far yet. 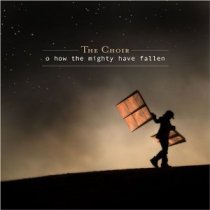 For example, I might tell my students, “you will fail Greek if you do not study for the exam!” to encourage them to study, although I know that none of them will fail the exam because I have fully equipped them for success.  Some might struggle more than others, but I have given them the necessary tools to pass the exam.

Does the text say that it is impossible for them to repent?  Perhaps, but perhaps not.  The word “impossible” does mean “not able,” but it can also mean “not capable.” Louw and Nida gloss the word, “pertaining to being impossible, presumably because of a lack of power to alter or control circumstances.”  I might use this word to describe my chances of breaking the world record in the pole vault.  It is so unlikely, so out of the range of my capabilities (not to mention the principles of science!) that I can call it “impossible.”

As we work through the passage this will become more clear, but what we seem to read here is that those that do recant and reject Jesus in a public way are not able to repent, because they are no longer capable of repenting. This is not necessarily the “unpardonable sin,” but it is a sin that is so deep and so destructive to the person who commits it that they are no longer capable of making act honest act of repentance and be restored to fellowship.

The two most powerful words in the Christian faith are …”but God.”