Introduction. Commentaries on Second Corinthians necessarily must deal with the relationship of the letter to First Corinthians, both in terms of the chronology implied by the letter and the somewhat difficult problem of sources. It is possible, for example, to read the books as containing two or three different letters, Bornkamm saw as many as eight smaller letters in the book! The reasons for this are obvious to the reader of the book, it has a somewhat choppy outline and there are several abrupt changes. If there are interpolations in the book commentators then must ask if came from Paul or another early Christian writer. Paul does mention a “severe letter” and there are several implied visits to Corinth (by Paul, Titus or others). Commentaries can be overly distracted by these issues and do not manage to get to the text of 2 Corinthians.

Another problem all 2 Corinthians commentaries must deal with is the opponents implied by the letter. Who are the “super-apostles” described in chapter 11? Are these the Twelve? Does Paul have in mind non-Christian teachers who are claiming apostolic authority? If so, how are they related to Jerusalem and / or the Judaizers mentioned in Galatians? 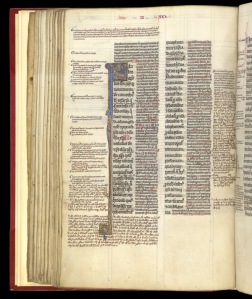 Murray Harris, 2 Corinthians (NIGTC; Grand Rapids, Mich.: Eerdmans, 2005). Harris’s commentary is another excellent contribution in the New International Greek Text series by an expert on the second letter to the Corinthians. He also contributed the commentary on 2 Corinthians for the Expositor’s Bible Commentary (Zondervan, 1976). He has a lengthy introduction dealing with the problem of the sources, concluding that “here are fewer difficulties with the hypothesis of the letter’s integrity” than with any of the suggested theories he surveys (p. 51). The introduction also deals at length with the “painful visit” and Paul’s travel plans. Harris also has a lengthy piece on the opponents of Paul in the letter, surveying all the major suggestions and offer what is (to me) a judicious understanding. He states in summary, “although claiming to be Christian, were in reality ‘Judaizers’” (p. 85). I would recommend this 125 page introduction to anyone wishing to study either of the Corinthian letters. The body of the commentary is a detailed exegesis of the Greek text of the letter, treating lexical and syntactical details. I particularly appreciate his tendency to lay out three or four options before setting on his own. Eerdmans published Harris’s “Expanded Paraphrase” of 2 Corinthians, which is simply the text of the letter.

Ralph P. Martin, 2 Corinthians (WBC; Waco: Word, 1986). This is something of a classic commentary on the letter and one of the better WBC volumes. Word commentaries excel in giving bibliographies at the beginning of sections, Martin’s commentary provides complete bibliographies on exegetical problems (literature on composition issues other than commentaries, for example, or the section on Paul’s vision in 12:1-10). These are complete through the early 1980s and include German and French articles as well as English. The actual commentary follows the format of the series, giving a bibliography for the section followed by textual notes, form/structure, and then the actual commentary. Martin’s brief “explanations” after the commentary draw out implications of the text for a larger Pauline theology.

Colin Kruse, 2 Corinthians (Tyndale, Downers Grove, Ill.: InterVarsity, 1987). I have not included any from the Tyndale series yet, but this slender volume by Kruse is worth reading. Kruse replaced the commentary by R.V. G. Tasker in the Tyndale series (1963), both are handy although exceptionally short compared to Harris. Kruse does a nice job dealing with the composition questions in just a few pages. His comments are on the English text although they reflect the Greek as much as possible. This is a excellent choice for the busy pastor who wants a brief overview of the main problems of a text for preparing a sermon.

David Garland, 2 Corinthians (NAC; Nashville: Broadman & Holman, 1999). Garland’s introduction to the letter argues for the unity of 2 Corinthians, although the details of that argument is the commentary itself. He finds a great deal more unity in the letter, and shows that the letter is better understood as we have it in the canonical form. The body of the commentary deals with the Greek via the English text (all Greek is transliterated). He does an exceptional job comparing Paul’s rhetorical style with Greco-Roman orators. Garland’s commentary is in dialogue with major commentaries, but the text is readable and useful for pastor or layman.

Victor Paul Furnish, II Corinthians (AB; Garden City, N.Y.: Doubleday, 1984). This is the only commentary on my list that takes a multiple source seriously, suggesting five separate letters as sources for the compilation of 2 Corinthians, although two of his five sources are now lost, a first letter to Corinth prior to the canonical book and the “tearful letter” (letter C). Chapters 1-9 and 10-13 are two separate letters. Furnish also suggests Galatians and chapters 10-13 are composed and sent about the same time, helping to show that the opponents in 10-13 are the Judaizers of Galatians. But these matters should not distract from the value of the commentary, some of Furnish’s “expanded comments” are excellent and shed a great deal of light on the text. Like all Anchor volumes, Greek appears only in transliteration in a “notes” section.

Conclusion. I was going to only include four commentaries in this list, possibly because I included two by Harris and mentioned both Tyndale commentaries in passing, but thought better of breaking my own rules. Second Corinthians is perhaps the one Pauline book where I have spent the least time.  I usually deal with “The Corinthian Correspondence ” rather than the second book by itself.

What ought I be reading on this very important book?  What commentaries need to be added to this list?